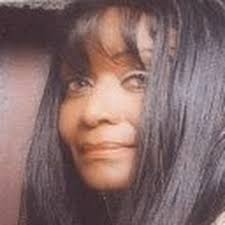 Operation Doctors for Afghanistan team members consist of professionals such as Marcia Ann Mims Coppertino, Ph.D., or Director of U.S. operations, was has been a trailblazer in the community, corporate, and business world for over four decades since the age of 16, and has assisted companies in advisory business naming, business formation services, business implementation process, and business development branding for major corporations and business entities. Dr. Coppertino has developed, structured, and participated in corporate grand openings/events/galas of major business, healthcare, university, non-profit, and political organizations. She has also acted as advisor, director, colleague, friend, and confidant to businessmen and women from the Pulpit to the White House!

Under the tenure of Dr. Coppertino, a Human Resource Department for JH was opened in California which developed payroll systems for hundred of California employees. a $20 million California budget was utilized to bring JH into the financial arena from Virginia Beach, VA, which led to the designation of JH as second only to H&R Block in the state.

Dr. Coppertino also formerly acted as an Executive Coach and Consultant with Executive Service Corps, which is responsible for advising non-profit entities, based in Los Angeles. She participated in closed-door sessions to help Executive Directors remain informed and advised on upcoming financial changes in the non-profit sector and how to maintain fiscal health in their corporate duties on a day-to-day basis.

Dr. Coppertino presently advises businesses around the world as is in the fundraising stages for a school named after her in Uganda. She is a mother of four; speaks 7 languages; is an accomplished Classical Sacred Music Soprano, lending her voice to hundreds each week through local churches and an avid lover of the human race. Her works as an activist, lover of children, animal lover, and defender is known to all.