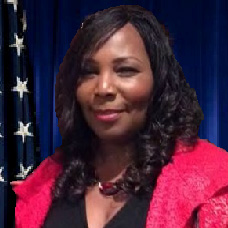 Jannah Scott has served in many capacities with government, faith and the nonprofit community for the past 35 years. In March of 2009, Jannah joined President Obama’s administration as Deputy Director, Center for Faith-Based and Neighborhood Partnerships in the U.S. Department of Homeland Security. In that role, Jannah guides the engagement of faith-based and community groups on issues of emergency preparedness, community resilience, and other issues within Homeland Security. Her most recent endeavors include: modeling “whole community” engagement in crisis management; and development of policies, standards and protocols for government work with private sector groups. Jannah also helps groups connect with President Obama’s White House Office for Faith-Based & Neighborhood Partnerships and the 14 other centers in federal Departments. Jannah received her bachelor’s and master’s degrees from the University of California at Berkeley and an honorary doctorate from the Gateway International Bible College in Phoenix, Arizona.